It’s been less than two weeks since we shipped Detail 3.1.0, where we made some big performance improvements, particularly when working with larger projects.

Since then, we’ve been working on a couple of new features that make it easier to edit video in the timeline, export your footage, and use Detail with more external apps.

As always, there’s a ton of work happening under the hood to help make your experience smoother, but here’s a rundown of some of the bigger changes we’ve made in Detail 3.2.

If you’ve already been editing your content in Detail, you might have found yourself wishing for more keyboard shortcuts. Continuing our work in the last release, we’ve added more new shortcuts to help speed up your video workflow. Here’s a quick rundown:

🔍 You can use Command-Plus (⌘+) and Command-Minus (⌘-) to zoom in and out on the timeline.

🔄 You can now hit Shift-[the scene number] (e.g. Shift-4) to replace the selected clip with the corresponding Scene.

✂️ Hitting “x” will cut a clip at the playhead.

⏯ And you can finally hit spacebar to play and pause playback.

When you record in Detail, the raw footage is saved alongside your rendered Scenes (including overlays, filters etc). These files have always been available in the package contents but now we’ve made it easier to find them.

In the Library, you can click “Show Source in Finder” to open the Detail package contents in a Finder window. This folder includes project data (the file that Detail uses to render the timeline/Scenes) as well as the individual recordings or ISO recordings from Detail.

In this folder you’ll see each set of takes, numbered in order. None of these videos will have any of your filters or overlays applied and all have the same audio source. That means these files are perfect for copying out of this folder and pulling into Final Cut, Premiere Pro or Da Vinci to be edited as multi-cam footage.

Note: Make sure you don’t edit the files in your Detail source folder as this might corrupt your Detail project.

When exporting clips you now have a choice of a couple of export settings. For now, we’ve added three different quality settings:

High quality — use it as a source file in video projects

If you have a long recording, you can now zoom in for more detailed editing and, when you’re zoomed all the way in, hitting the arrow keys skips frame-by-frame rather than through multiple frames at a time. This is great if you get a really accurate cut or want to replace a specific part of a clip with another Scene. You can see this frame-by-frame playback in both the main video preview and in the Scenes drawer.

Previously you could use the Detail Camera plugin in other apps or platforms. The plugin was available in most apps but wasn’t supported by Mac native apps. That meant you couldn’t use it with Safari or FaceTime for example.

In the latest update, we’ve replaced our plugin with an extension using Apple’s latest API, so now you can use the Detail Camera everywhere, including FaceTime, Safari and even PhotoBooth. As a bonus the Detail Camera should now be more performant too.

Note: We’ve tried to remove the old camera plugin for all users automatically but there’s a small chance you might have to delete it manually. If you see an alert in the app asking you to delete the old plugin, make sure you do or Detail won’t work in other apps!

As we mentioned in the last release notes video, we’re currently working on features that make podcasting easier with Detail, including things like multi-channel support for audio and more improvements to editing. We want to make it super easy to shoot, edit and share a full-length podcast episode with Detail. Keep your eyes peeled for more news on that soon. 👀

As always, if you have any issues or suggestions for improvements, let us know on Discord and Twitter, or reach out to us at support@detail.co. 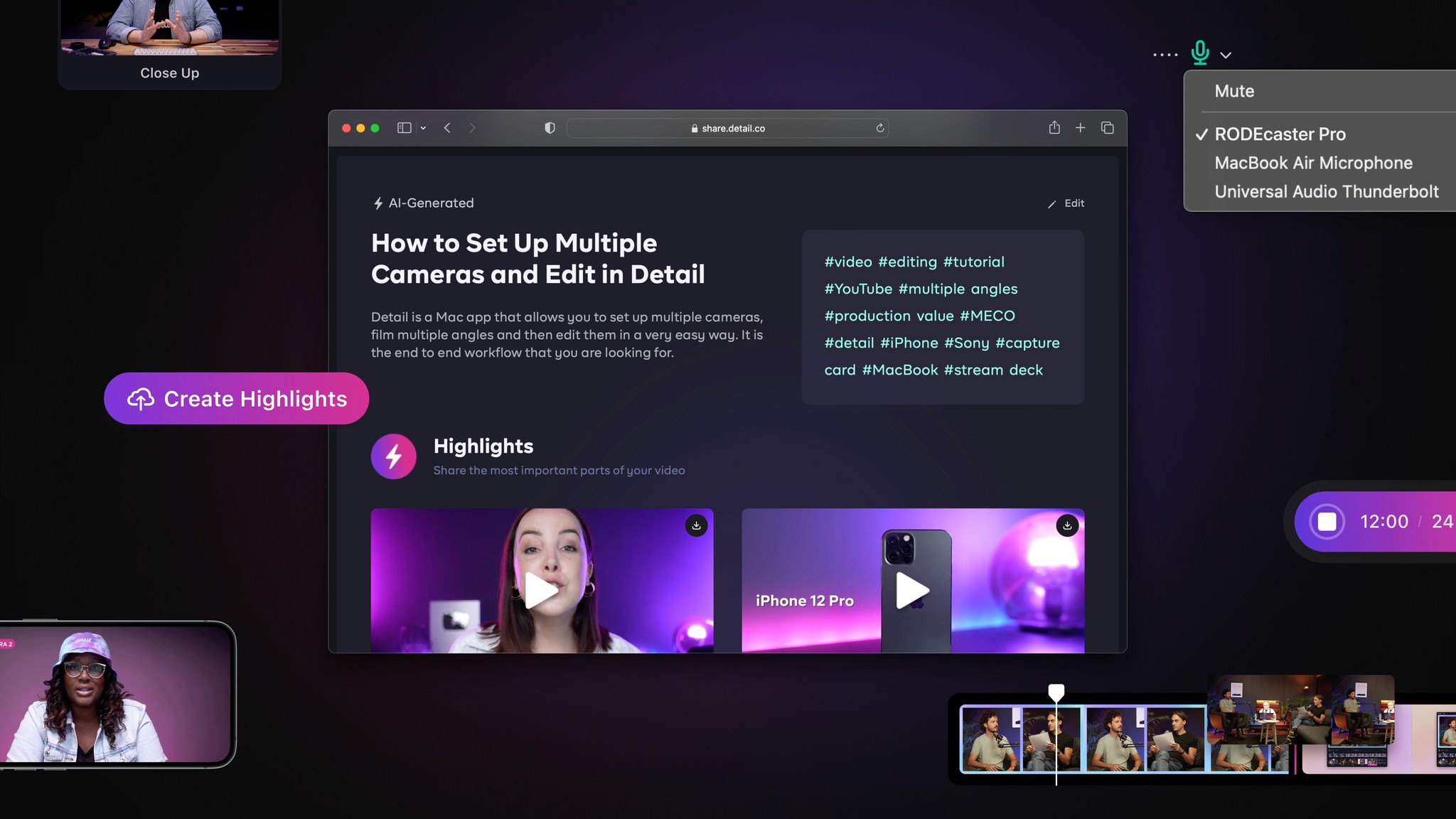 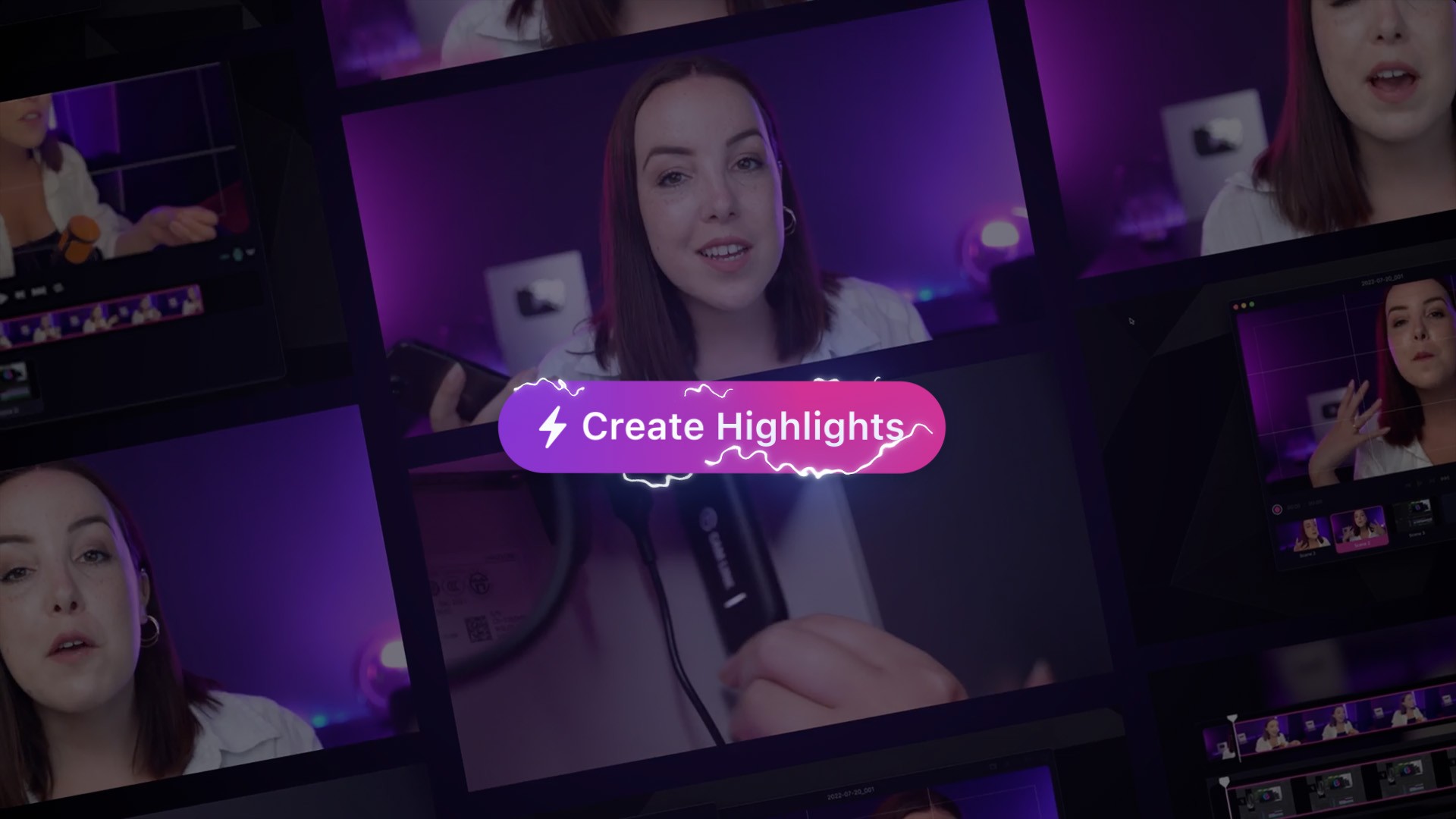 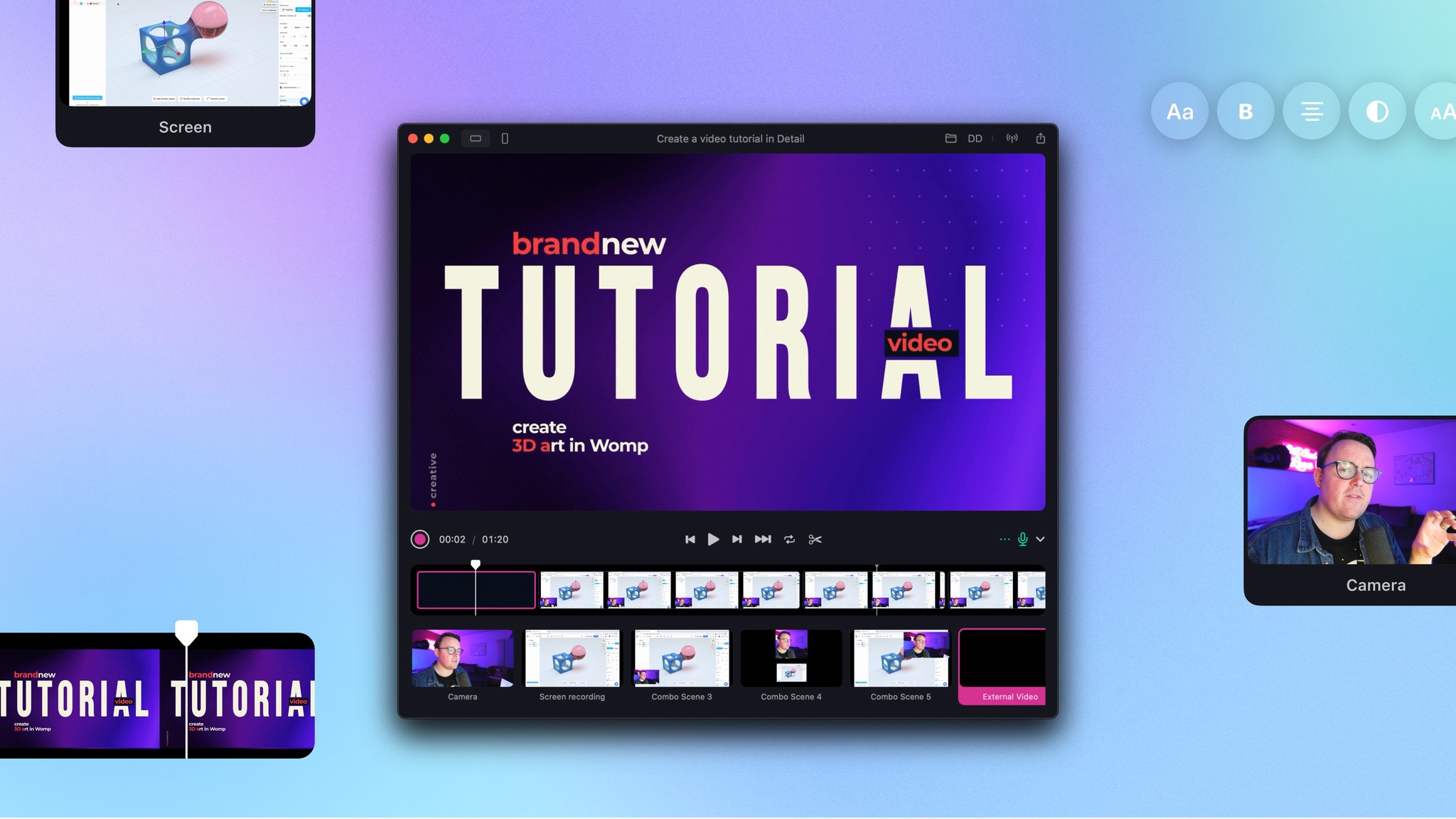 How to create video tutorials in minutes, not hours 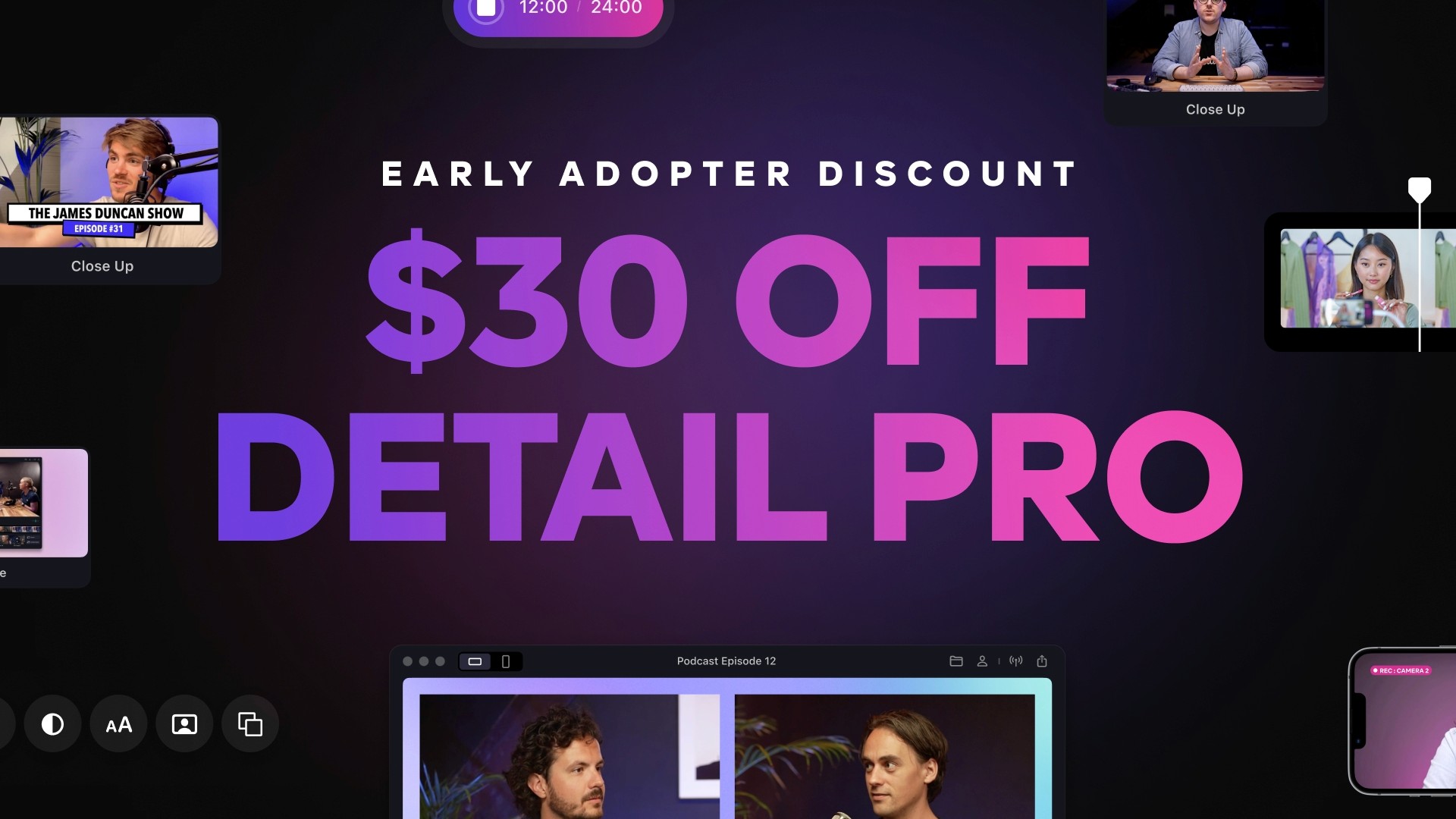