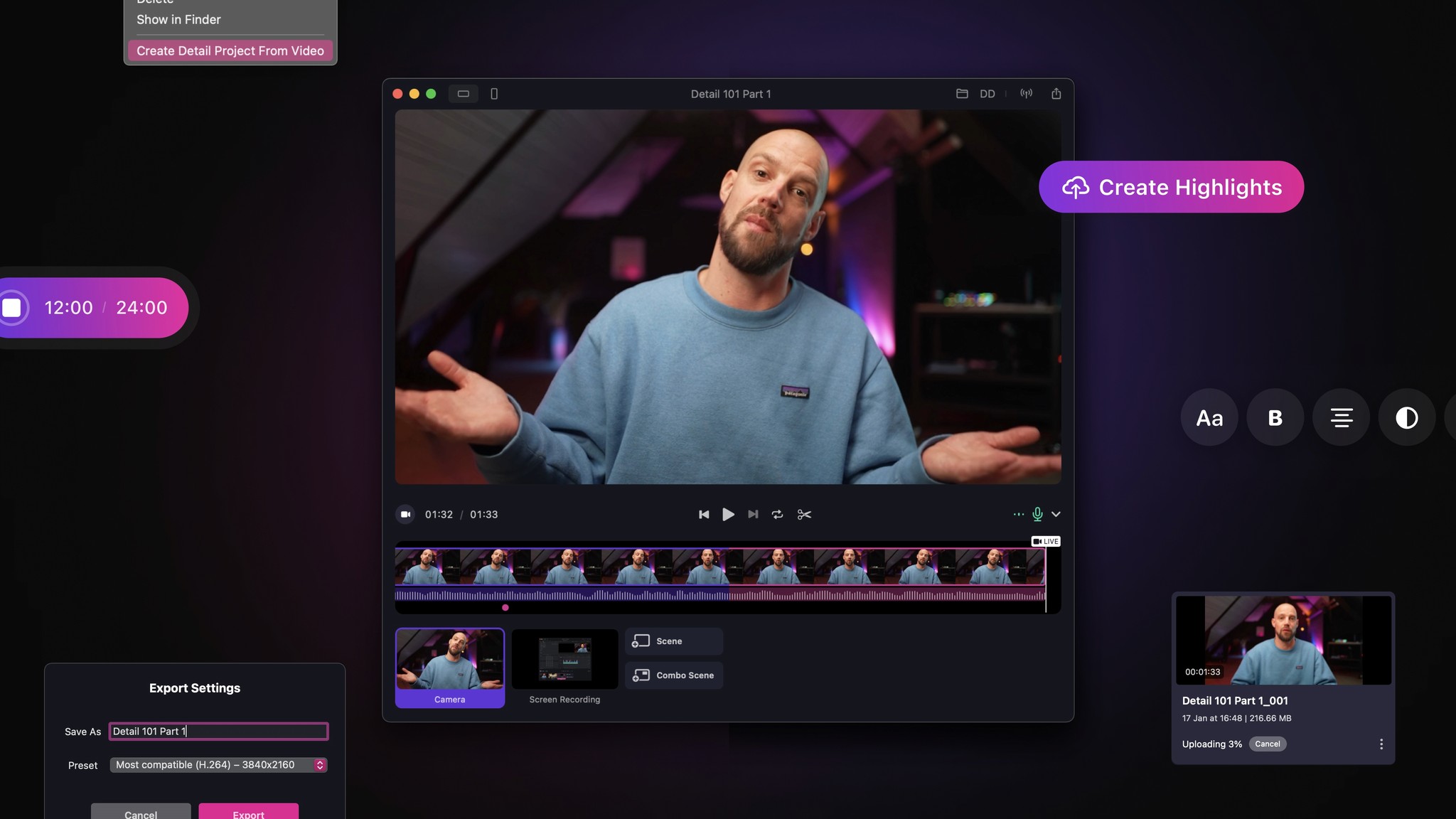 Improving your experience in Detail 3.8 plus a sneak peek at what's next

It’s 2023 and we’re ringing in the new year with a new update. Detail 3.8 has just landed and includes some awesome new features as well as exciting improvements to make your Detail experience better than ever. Keep scrolling to read all about it and for a preview of what’s coming next. 👀

Create a new project from a video in the Detail Library

In the latest release, you can now turn any video in your Library into a new Detail project with just a few clicks.

In Detail 3.5 we added the ability to import existing videos into your projects. This is super helpful if you want to add intros, outros or b-roll to a video you’ve recorded in Detail but it also turned Detail into a powerful editing tool for videos you recorded elsewhere.

In this update, we’ve made it even easier to quickly open and start working on existing videos in Detail — as long as the video is in your Detail Library you can click on the three dots beside the video and hit “Create Detail Project from Video”. This will open a brand new project and drop your video right into the timeline.

We love new features as much as the next team but no product experience is complete without a little bit of polish. With that in mind, we’ve taken some time to focus on a few quality of life updates so your workflow is as delightful as it is efficient.

You might have noticed some subtle behavior in the past, when moving the playhead to the end of your timeline. This made it easier to know when you were in record or edit mode and what actions you could take. In the latest release, we’ve added some improvements to make this state change even more discoverable and a little more useful.

Now, when you move the playhead along the timeline, you’ll see the accent colors switch from pink to purple — a little visual cue to let you know you’re looking at recorded clips instead of your live camera previews.

When the playhead reaches the end of the timeline during playback, the whole timeline will scroll horizontally so you don’t lose the playhead.

The record button also switches to a “Record Mode” button with a little camera icon. Clicking this button in Edit mode will move your playhead to the end of the timeline, ready to record  a new clip. Hitting this button again will start recording, just like before.

Here’s one for all the AI highlights fans. If you’ve ever accidentally uploaded the wrong video from your Library to the web or realized halfway through that you wanted to make a change, you’ll know that, previously, there was no way to stop the process. You’ll be pleased to hear, you can now cancel your in-progress uploads.

And that’s not all. Here’s a couple of other updates to make your experience a little better:

We’ve started the new year as we mean to continue and we have some really exciting updates planned in the next few weeks. Here’s a sneak preview of what’s coming next.

Detail 3.7 introduced markers in the timeline — giving you an easy way to make notes, label your best moments, and share feedback or context in your Detail projects. Very soon, you'll be able to add a duration to your markers so it’s super clear exactly which parts of your video they relate to. Plus you can easily export all your markers as short clips for social media! 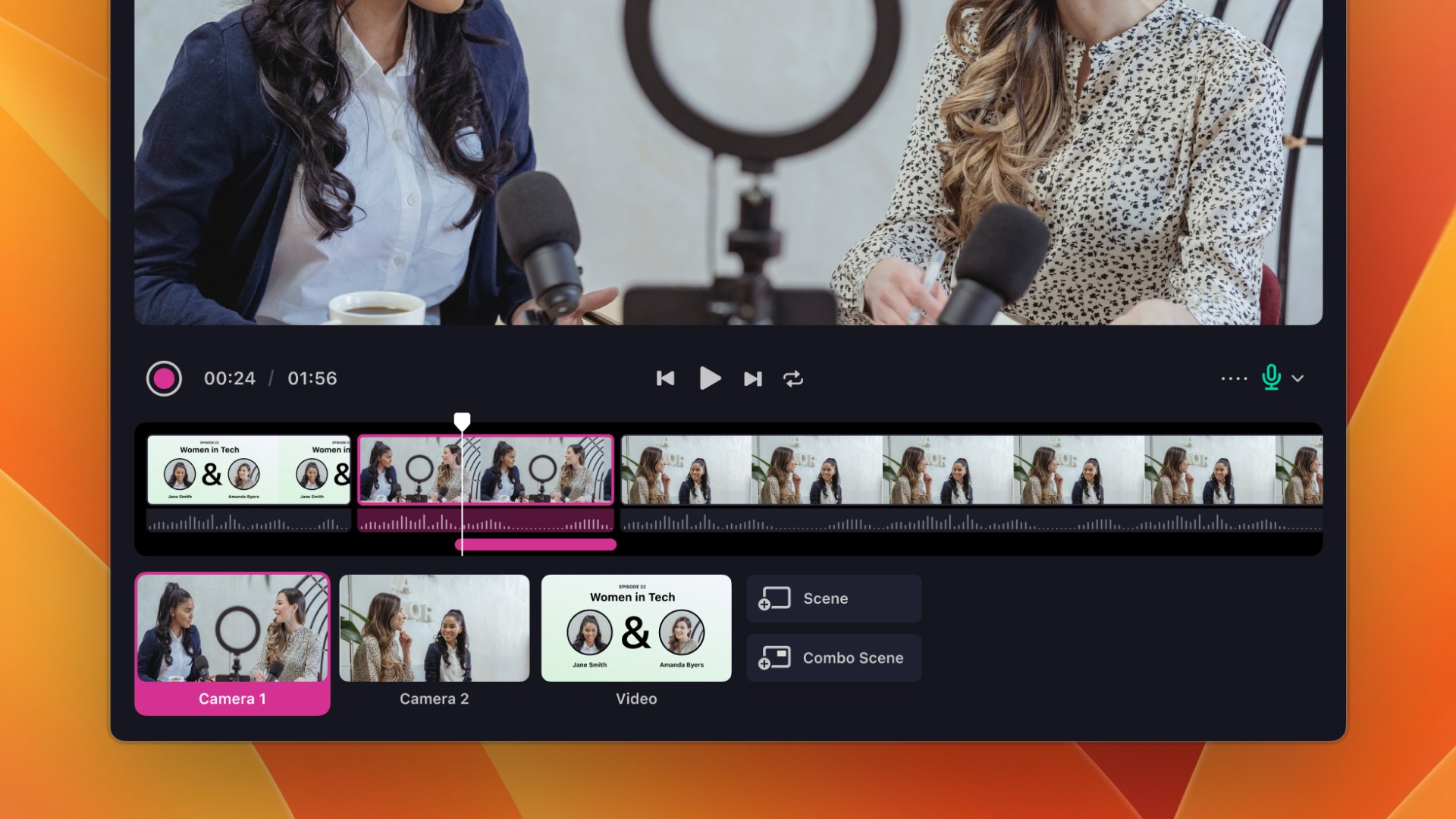 Transcriptions in the Mac app

Detail already harnesses the power of AI to generate super accurate transcriptions and subtitles for your videos. But up until now, this feature was only available for exported videos. Very soon, we’re bringing transcriptions into the Mac app so you’ll be able to generate a quality transcript inside your Detail project and then use that transcript to move around the timeline while you’re editing. 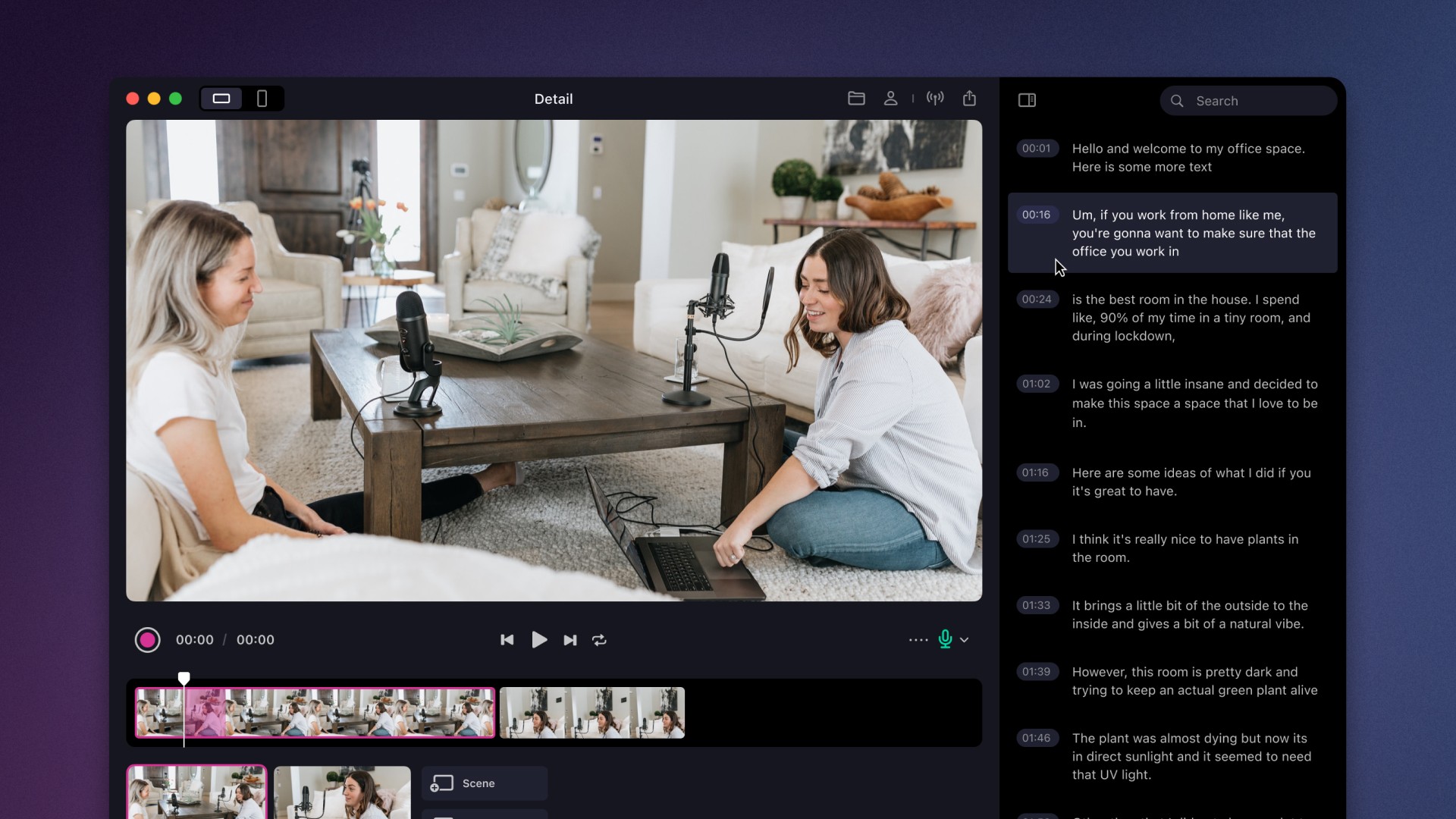 That’s just the beginning though — once we have transcriptions in Detail we’ll be able to unlock all kinds of new workflows that make traditional editing a thing of the past.

We hope you enjoy this big-small update and as always, let us know what you think on Twitter, or Discord.

Keep your eyes peeled for more exciting new features and improvements coming soon. In the meantime, check out our new Detail 101 series on Youtube, or read all about starting your own online course with Udemy.

Get started with a free Scene Pack 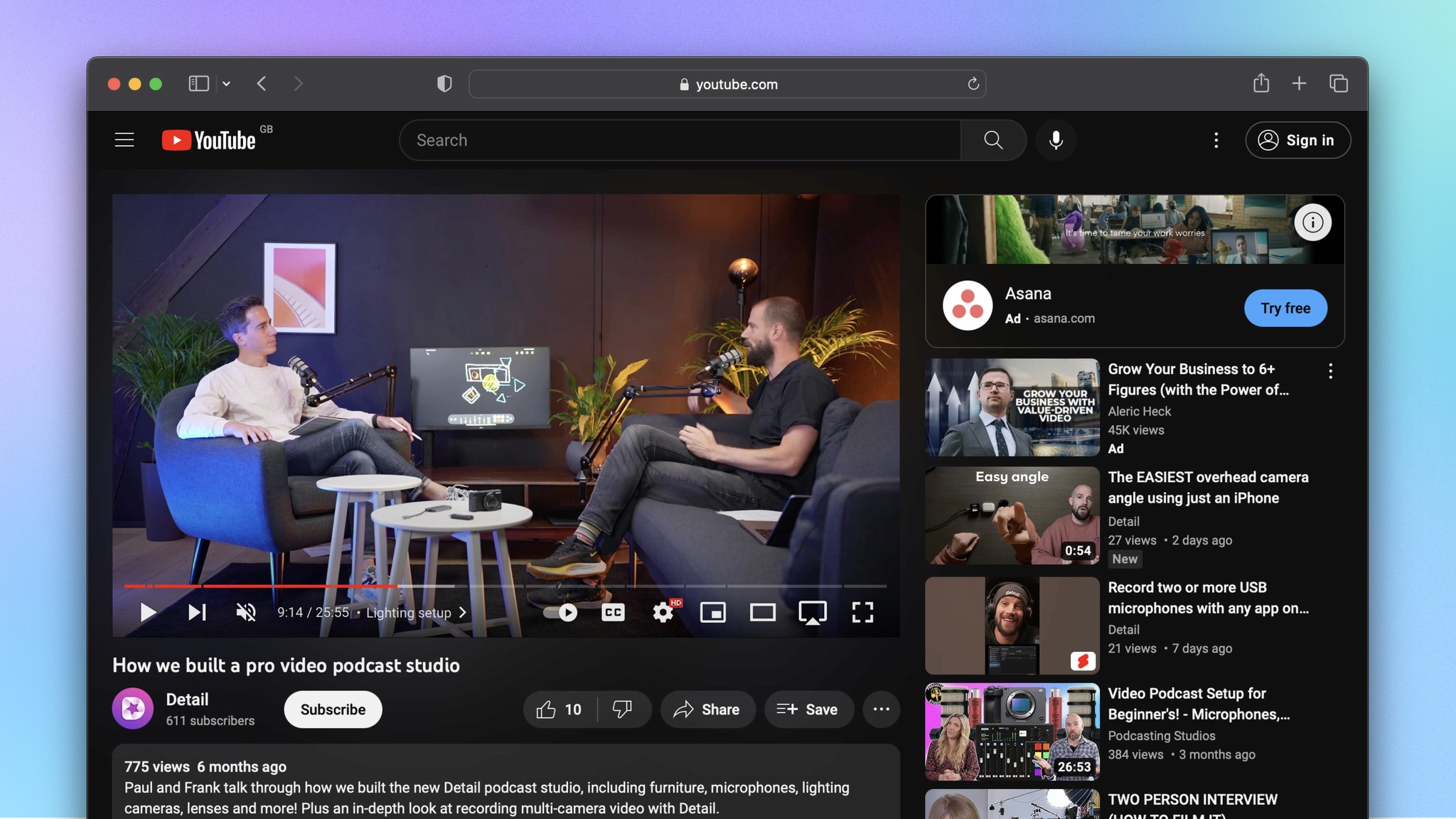 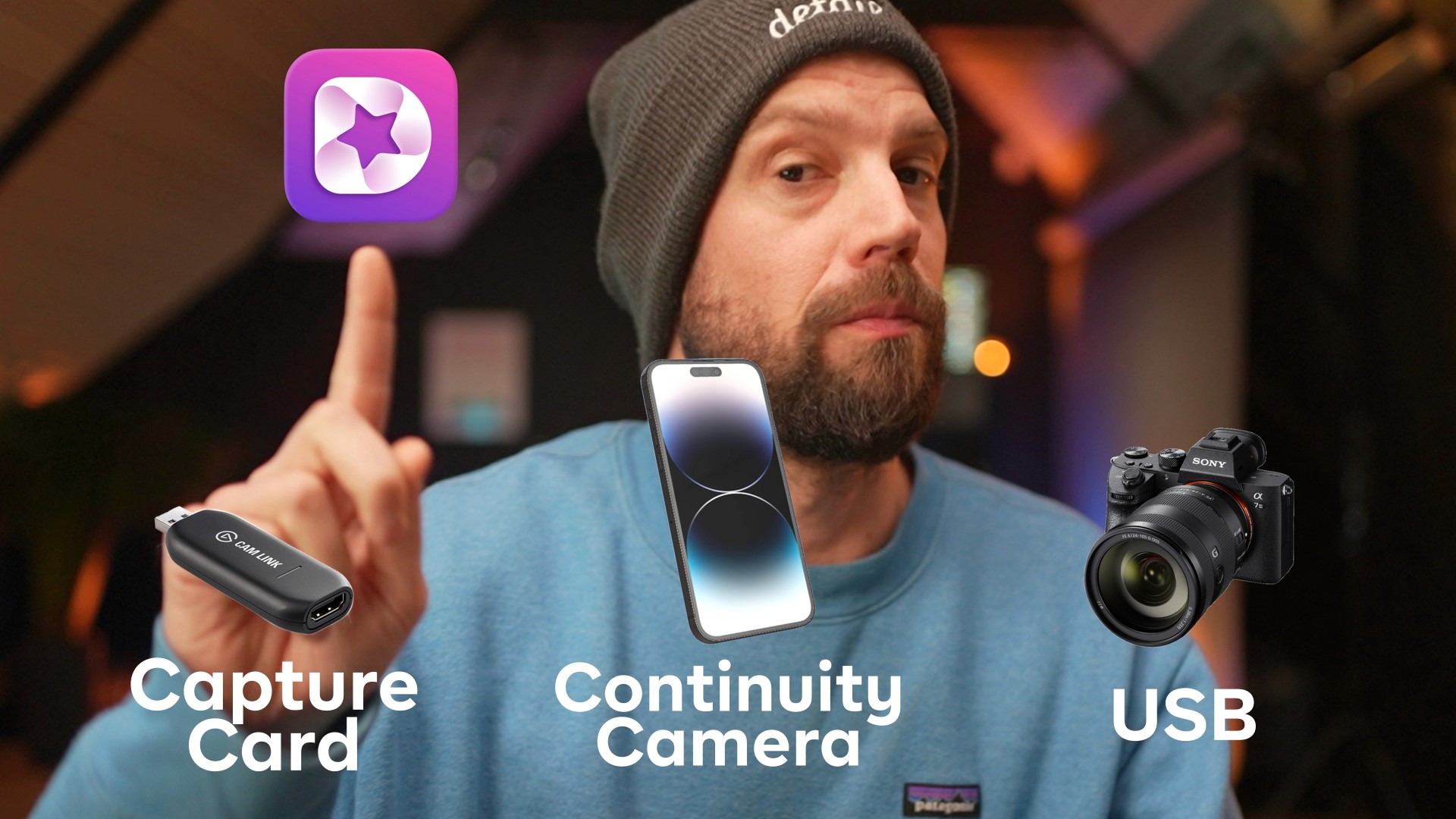 Four ways to connect any camera to your Mac 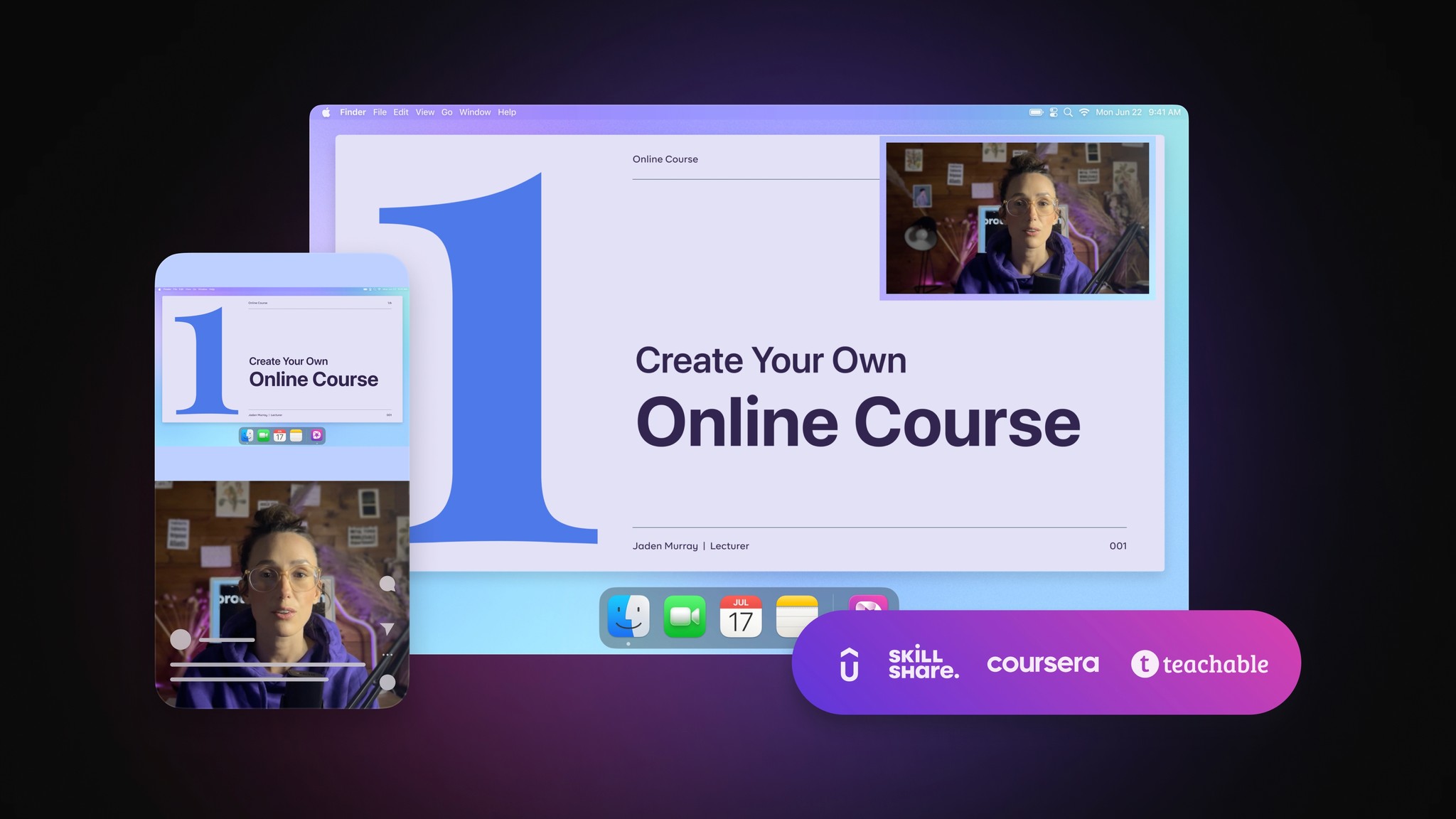 10 tips for marketing your online course 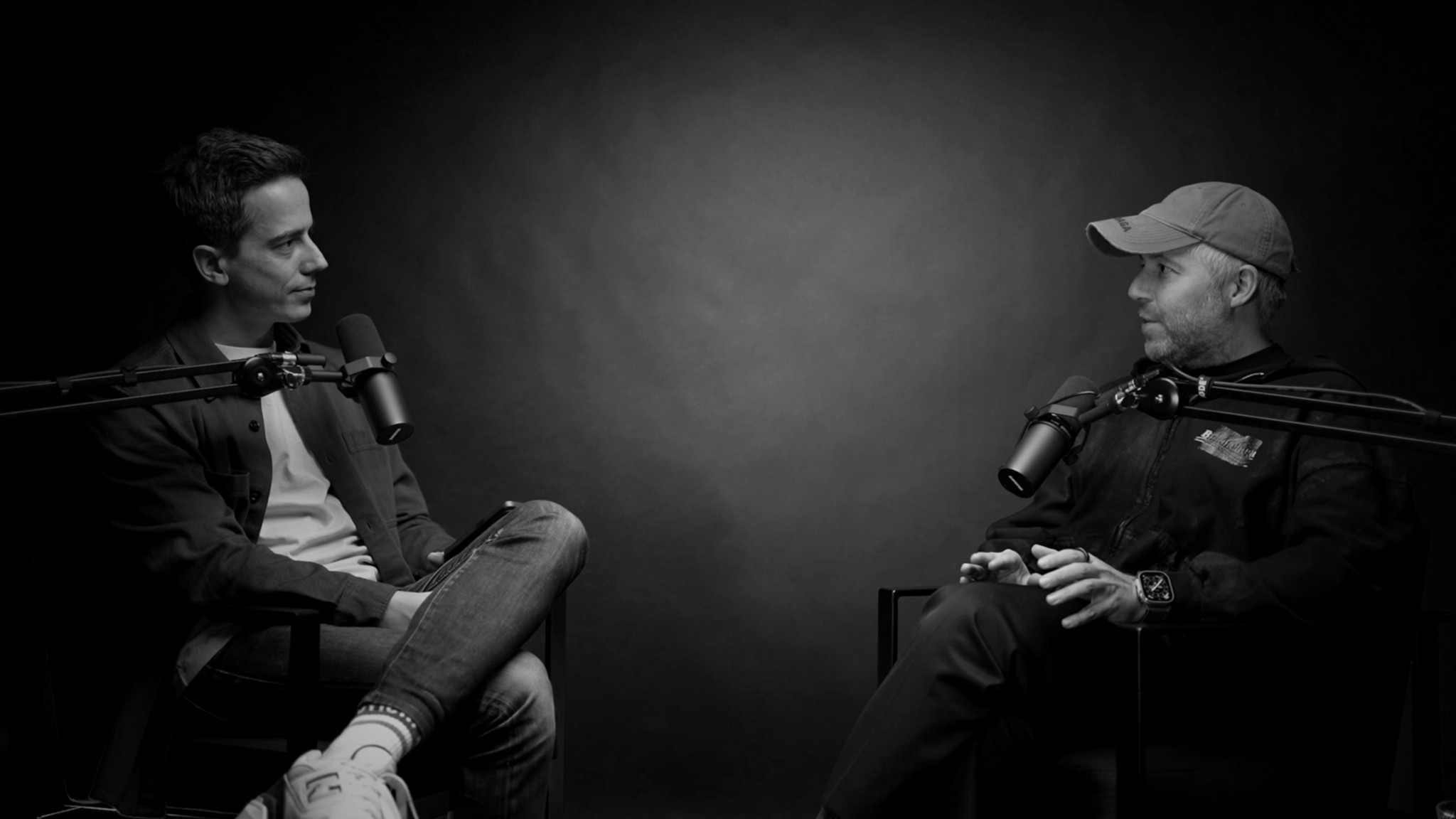 7 amazing video podcast setups to help you get inspired